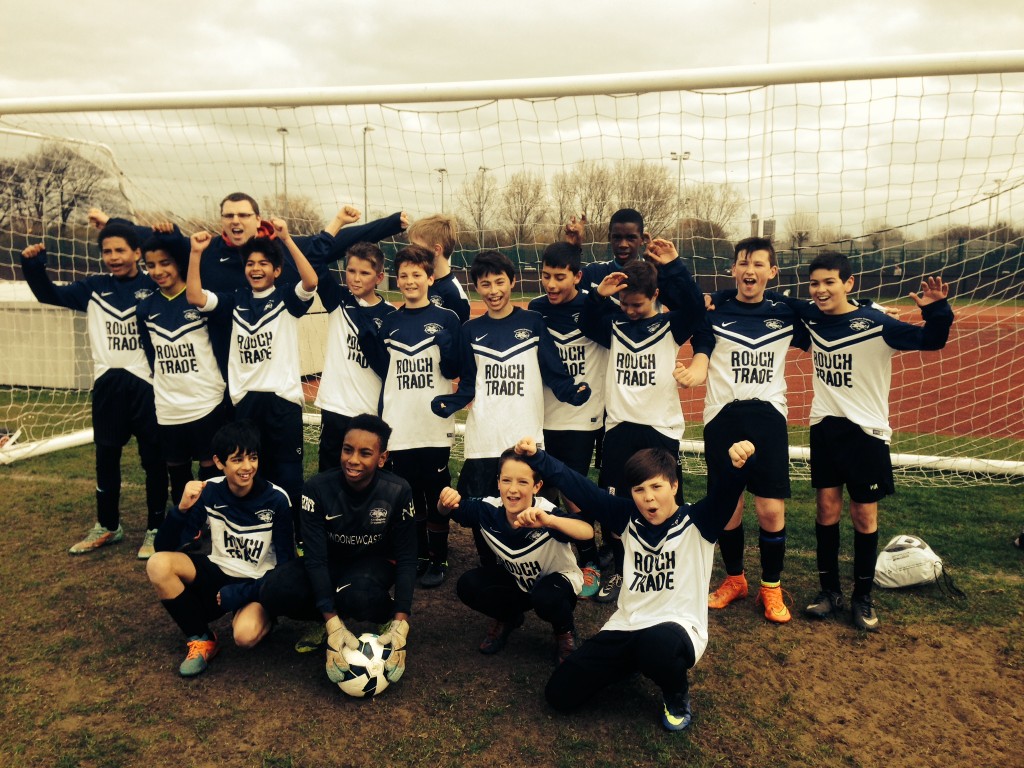 The under 14s claimed their first home win of the season at Linford Christie Stadium against a team who had narrowly beaten them in the reverse fixture earlier this year.

Jack raced through from a perfectly weighted ball from George, to put the home side one nil up after just four minutes had been played. Four minutes later the Dragons had doubled their advantage when Joe tapped in after his initial shot rebounded off the left-hand upright.

The visitors pulled one back on the half hour mark when a cross from the right was swept past Jordan.

The Dragons looked by far the better side as they fought hard to win the mid-field battle and assert their superiority. The defence looked solid and composed with new signing, Geldon, at centre-back looking like he’d been in the team for the team for weeks rather than just 70 minutes. Sonny had added some steel to his game and was also turning in a great performance. But with just a single goal lead at the break the tie was delicately poised.

17 minutes into the second half the Dragons won a free-kick 10 yards outside the Wealdstone box. Jack opted to test the keeper from distance and his sweetly stuck shot looped between the goalkeeper’s finger tips and the crossbar to restore The Dragons’ two goal advantage.

The game looked almost won but the Dragons conspired to deliver a nerve-jangling last 10 minutes when they conceded two goals in the space of as many minutes to make the scoreline three apiece. This was the third time this season the Under 14s had thrown away a 3-1 lead but this time the loss of points was finally to be avoided.

Joe slotted a ball through for Waleed to run on to and as he was being chased down by a defender he had the presence of mind to pick out George in space on his left who slotted the ball into the bottom left corner to seal the victory.

The perfect gift of three points to take us into the Christmas break and leave us ideally placed to mount a promotion push in the second half of the season.

Happy Christmas everyone. Here’s to prosperous 2016, the year of the Dragon, hopefully.