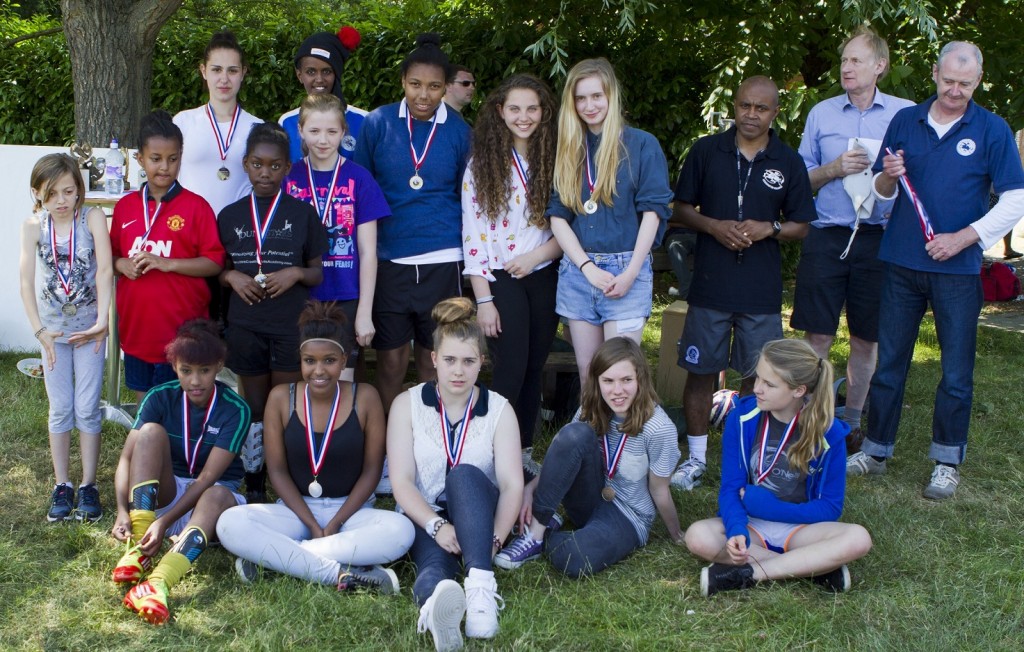 The Girls played County Champions Hampstead away in their first game this season. The match ebbed and flowed, possibly more towards the Dragons goal than entirely desirable putting a succession of novice goalies under pressure. Finally the Dragons goalie selection policy triumphed and a succession of fantastic saves culminated in a magnificent penalty save. The goal of the game came from a smooth succession of pinpoint passes up the Dragons right wing to find their rampant midfielder who shot into the top right hand corner of Hampstead’s net to score. Some more mathematically minded Hampstead fans calculated that Hampstead had won. There was however no doubt that in the eyes of the remaining impartial fans that this was a tremendous first performance from the Dragons. The Girls continue to train on Fridays from 5.30-7pm on half the big pitch at the Westway