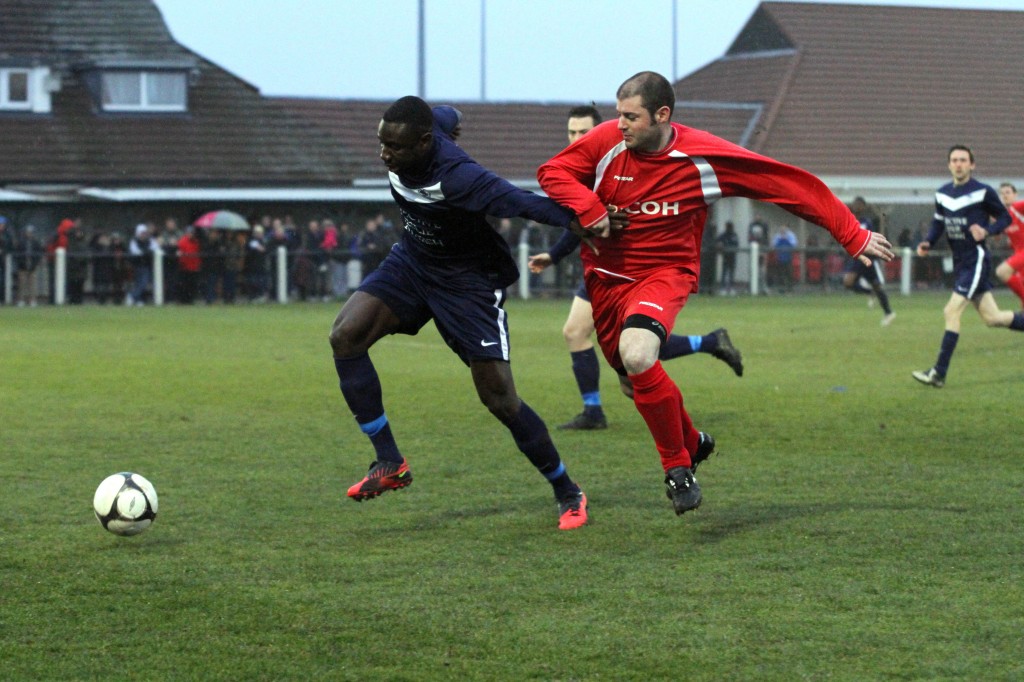 The first of three finals in the Dragons Senior section began with the First Team vying for their first trophy in three years. Going out of the only other cup competition they were in meant this chance could not be spurned. Just as the teams were about to kick off the rain added another variable for both teams to contest with. Dragons started off well but for all the good possession, did not produce any shots at goal. The opposition took the small opportunities to push forward and were able to create set-piece opportunities. From one of these a corner was only half cleared and the returning cross was diverted into the net by a Dragons player and gave NPL the lead. The rhythm in the Dragons game had gone and NPL looked more likely to add to their lead. A slight tweak in the formation of the Dragons allowed them to finish the half on a positive note but with it all to do in the second half.

Knowing that an improved level of performance would be required to get back into the game Dragons set about the task in determined fashion. With more shots on at goal in the first fifteen minutes of this half than produced in the whole of the first half, Dragons showed their intent. A corner created from the ongoing pressure, lead to a stab at goal which was judged by the referee to be handled. Tom Madden stepped up in cool fashion as he has done all season to bring Dragons back to parity. With momentum significantly shifted in Dragons favour the pressure intensified and as the ball broke infield to Malone 25 yards out a strike at goal was all he was thinking and a great strike it was skimming across the turf and in off the post with the keeper helpless.

The final period of the game came down to some resolute defending from Dragons to repel any hope of NPL getting back into the game with the best chance coming from a Nalu Moso chip cleared off the line.

A well earned victory in testing conditions with little time to celebrate as the aim for promotion continues in three days. Congratulations to the team and may the Reserve team follow suit in their two finals.