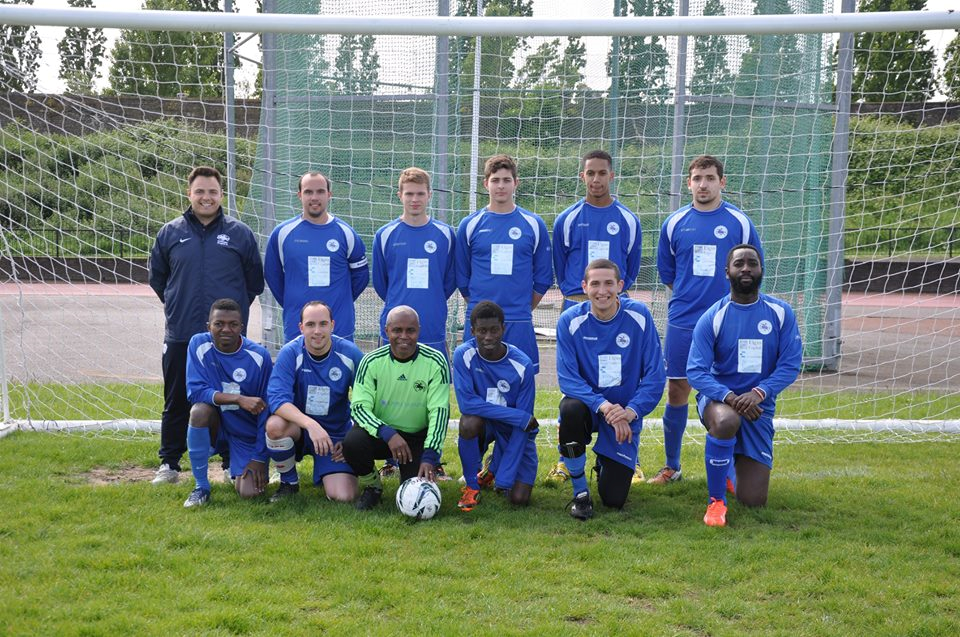 On Saturday afternoon to Linford Christie Stadium came the leader of the Senior Reserves Division. Unbeatable this season, the team of Sporting Hackney Reserves looked forward perhaps to an easy 3 points against a full of problems Kensington Dragons. One of the youngest teams in the league with the oldest players being only 24 years old. Matt and Adam Finch showed what ‘Dragons character’ means. With a brand new goalkeeper and defensive line the Dragons tried to beat the table topping Hackney. Unfortunately the team started very slowly and after a fantastic cross and header from a free kick the opponents took the lead. What was worse, only a few minutes later Hackney scored once again. Dragons seemed all at sea and it showed that this team is brand new and all the players need time to understand the club style and philosophy of play.

During half time the manager changed the team shape and placed on the pitch Elhabib Oumar the top scorer from last season. It was a good decision. A few minutes later the striker missed two fantastic opportunities but it was a positive sign of attack. Unfortunately one terrible mistake of the Dragon’s defence gave a 3rd score for Hackney. This situation pushed Dragons forward in the next 5 minutes and the team scored 2 fantastic goals. Former youth team player Miles and new face Mario Gioshe beat the goalkeeper only for disaster to strike yet again. Firstly the opponents won a penalty only for Matt Finch who was man of the match to cap a fine performance by saving it. Unfortunately, more indecision in defence later led to a 4th Hackney goal. It was bad news but our young team showed amazing character and kept fighting until the final whistle.

This spurred Dragons into life and they scored again to suggest a fantastic come back with Miles getting his second of the day. Unfortunately during the last 10 mins Dragons were not able to score once again but they put their opponents under pressure and dominated them totally.

After 90 mins of the game Sporting Hackney stayed unbeaten in this league but Dragons showed fantastic performance and character! The players proved that they can compete with any team at this level.