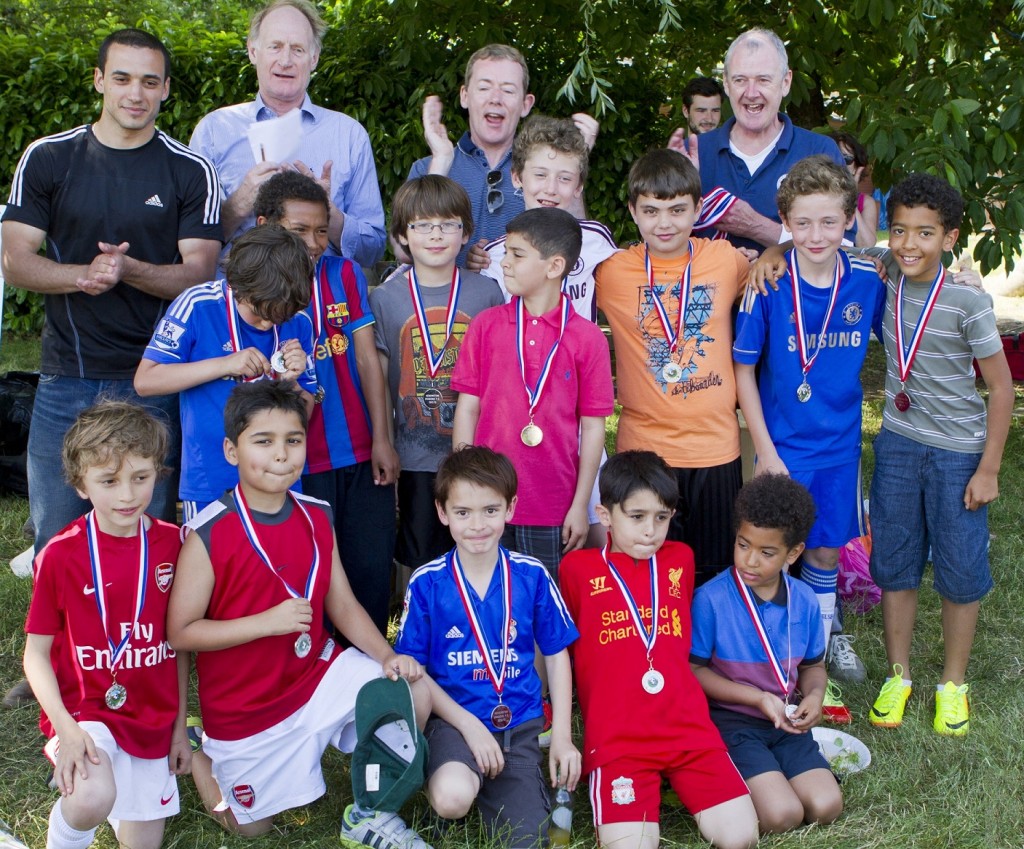 Following a drenching during training on Saturday the Under 11s were grateful for bright sunshine for their first League game at St Marks Park this morning. And with 14 enthusiastic players the new coach Ben had plenty to choose from. The format this year is 9 a side with 5 rolling subs which meant everybody got a game.

Eyeing up the opposition, the view from the sideline was “what they lack in height they may make up for in skill” but the Dragons were undaunted and started the way they meant to go on – keeping up the pressure all the way. A great shot by Hussain just missed being the first score of the game – that had to wait for a cracking shot from Frankie in the 25th minute of the first half which raised the Dragons spirits further.

During the half time break they listened attentively to the coach’s words of praise and caution not to let up. Harrow narrowly missed scoring against an almost open goal early in the second half but the Dragons were not to be frightened. Another save by the irrepressible Dragon keeper in the 70th minute gave added energy and his brother shot the ball in the net 10 minutes later resulting in justified celebration on and off the pitch!

The man of the match was Tom for his consistently strong defending.

A great first outing for what looks like a team to watch!