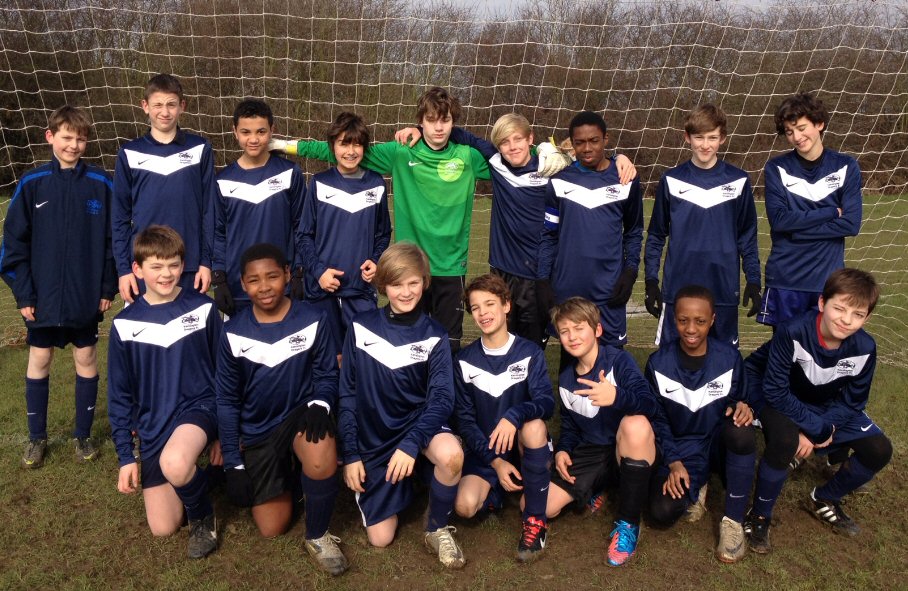 For the first time this season the Dragons under 13s had virtually a full squad out and the unusually luxury of having a full bench of subs. The game was a classic which swung to and fro to the end. Hillingdon made the early running putting the Dragons defence under pressure which eventually cracked as the ball fell to their striker in the penalty box and he converted the chance. The Dragons responded with the midfield producing some nice inter passing which lead to the equaliser being slotted away by our striker.

The first half continued with the Dragons playing neat tidy passing and looking dangerous when going direct at the Hillingdon defence, while Hillingdon were trying to get behind our defence but too often falling foul to the offside trap.  The Dragons took the lead with another well worked move and finish by our midfielder. Hillingdon come straight back and won a penalty as their striker was fouled by our centre back. The ensuing penalty went wide of the post only for the ref to order the penalty to be taken again due to encroachment by a few of their players, The 2nd effort was well saved by our keeper, tipping the ball round the post.  The Dragons a 2-1 advantage going into half time.

The second half started with Hillingdon in charge and they took the lead aided by a couple of defensive lapses from the Dragons, firstly a missed clearance by our keeper gifted a goal to Hillingdon. Then Hillingdon took the lead after the defence missed a couple of chances to clear their lines and the ball eventually found a Hillingdon midfielder who punished the sloppy defending.

It was now that the Dragons rotation of subs played a crucial role. As we had been able to rest players at intervals during the match they were relatively fresh for the last quarter. The Dragons went on the attack and created several openings one of which fell to our left winger who from inside the box side footed the ball coolly into the net in what seemed like slow motion to bring the score level at 3-3. With the game in the balance the ball fell to our midfielder on the edge of the area who unleashed a wonder strike which flew passed the Hillingdon keeper and ripped into the net to give the Dragons a hard earned win.