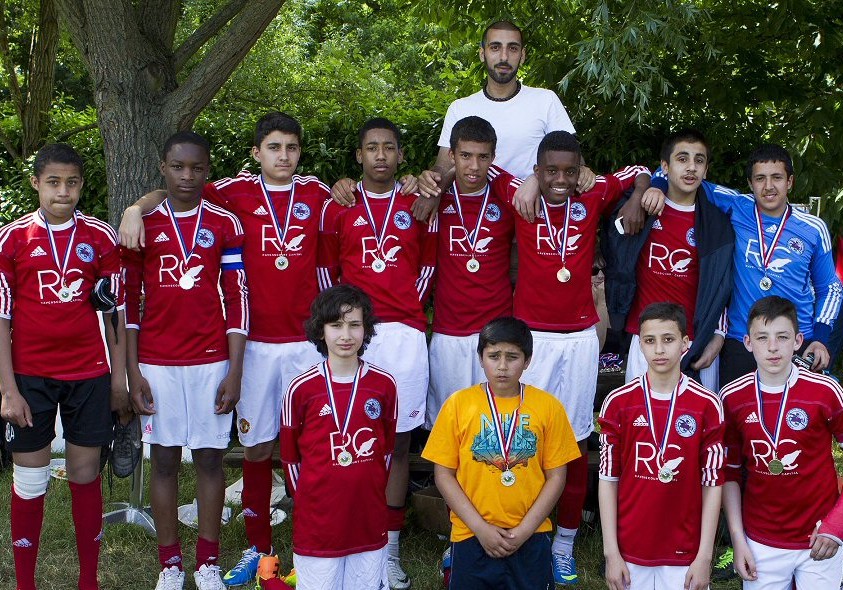 It was the best of games, it was the worst of games. And with six players to show at kick off it also looked to be the very last of games. Then a full back and a striker were spotted on the distant horizon tipping us just over the statutory minimum. The game could go ahead. The ref heaved a sorry sigh. And our eight plucky souls, facing 11 smiling Hanwell Towners, took eight mighty steps straight into the annals of Eagles legend.

We scored first, hungrily scavenging for every half-chance the bewildered visitors spilled. When we struck again, a strike of fearsome power and intent, and the terror in the faces of the visiting coaches was plain to see: how could they explain being so comprehensively outplayed by a team lacking three outfield players? That they chose to blame both ref and linesman provoked a momentary loss of sang-froid in the home manager. But it was an emotional day.

And while weariness saw us ship two goals in the second and an unconventional interpretation of the linesman’s flag gifted them a third, our final defiant equaliser showed that we were not to be bowed. Yes, we may be morphing into a five-a-side team. But we’ll still hold our own in the Harrow Youth League where opponents would be wise to face us with, at the very least, eleven.