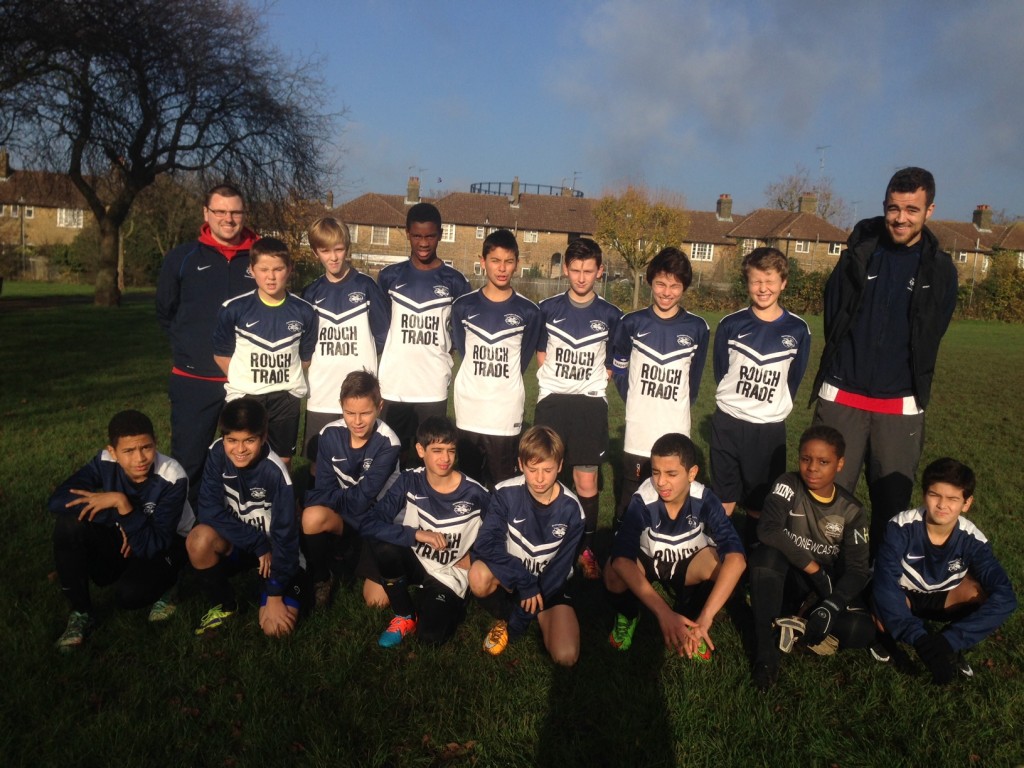 The Dragons squad was depleted this weekend due to half term absentees and their numbers were further reduced when a car-load of them took a scenic detour en route to leafy Ruislip. Their Sat Nav sending them on a round-about route to the location of last week’s match, bizarrely. Well, it was a lovely playing surface and the scene of a superlative performance so who could blame it for wanting to revisit it?

When the whole team was eventually assembled at the correct pitch the game got underway immediately without the Dragons being able to warm up and this showed in the first few minutes. It took the Dragons a while to get going but early nerves were settled when Iyla slotted home after 6 minutes. And the Dragons never looked troubled by the team rooted to the bottom of the table from then on. Joe put in a disciplined performance at centre back and Jordan made a big save to help the Dragons to their third clean sheet in a row.

At 2 nil up the home team hit the post but the Dragons were rarely stretched and this was a comfortable and some might say ruthless victory that showed little sign of love for their fellow man even though it was the day after St. Valantine’s Day. In fact the Dragons could have inflicted a far heavier defeat that would have resembled a massacre had they not been caught offside so many times and they hadn’t found the Rangers keeper in such sparkling form. (We were informed by the home team’s manager that the secret for his eye-catching performances are down to the fact that he gets a lot of practice in a team with such a leaky defence).

The Dragons showed flashes of the kind of football that has seen them rack up 23 goals in the last three matches but this one was a bit of a miss match and the only thing we learned was that we now have a very respectable goal difference. Waleed even managed to miss a penalty at 7 nil up. (Not sure he’ll thank me for reminding him of that but it had no baring on the overall outcome). Next week’s match promises to provide a much sterner test as we look forward to welcoming back players in key positions and an exciting new signing for our first home match in a while.