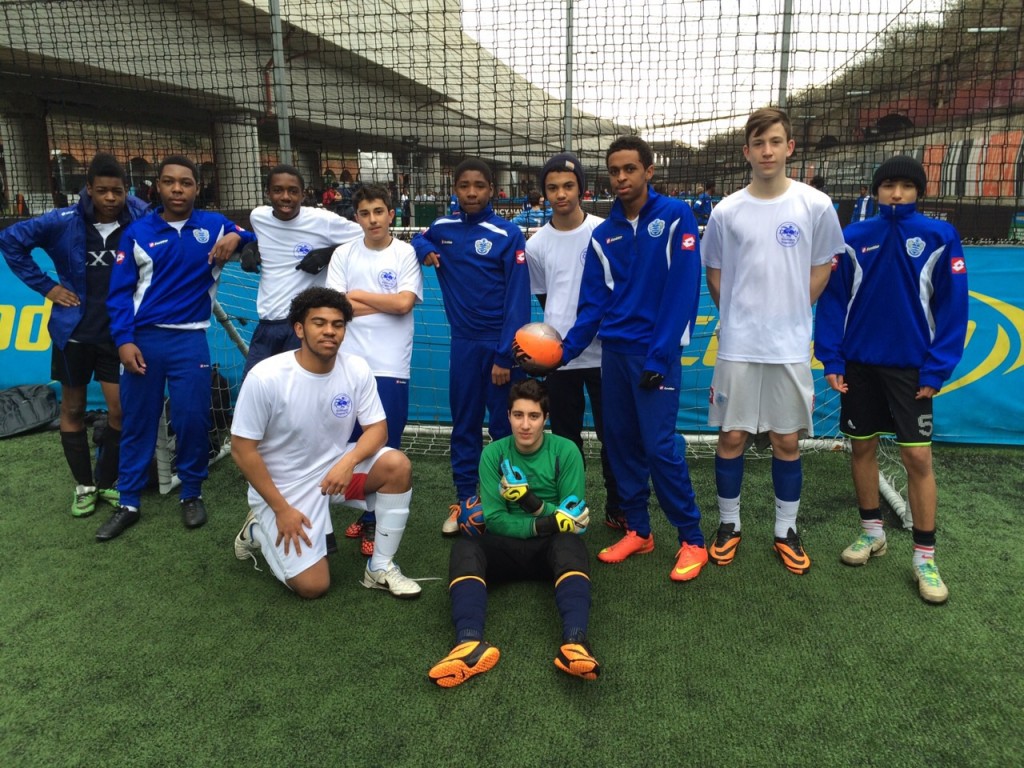 Our two previous meetings against the Wreckers had been tough games firstly in the cup game we won 4-3 AET (after being 3-0 down at halftime) and our home league game where we drew 3-3. This third encounter turned out to be the same but should in truth have been a comfortable win for us.

The first 15 mins saw us playing some decent football but without creating any clear cut chances but we looked in control of the game and duly took the lead as Dean outpaced their right back and put in a great cross into the box where it was met by Korey who stroked the ball into the net. It looked as though we would win this game comfortably as Dean again went on a run reminiscent of a slalom skier as he weaved past four defenders into the box and poked the ball into the net. However we started over playing the ball in the midfield and got caught in possession too often and even though the Wreckers’ counter attacks were snuffed out by our back four of Magnus, Filmon, Danny & Ilyas who was playing at left back for only the 3rd time had an outstanding game snuffing out the Wreckers best outfield player so much so they changed his position in the 2nd half.

After this period of Wrecker pressure we regained the ascendancy and we created a number off chances but Dean, Pablo, Josh JD and Korey all saw their shots saved by the Wreckers’ keeper who was outstanding during the course of the game and stopped us running away with the game. The Wreckers’ coach gave their team the hairdryer treatment during his half time talk much to the amusement of the Dragons. The second half was a bit of a slug fest with the pitch becoming heavy in the middle we again created good chances but we were either thwarted by the keeper or the linesman’s flag. The Wreckers only chances came from a series of corners helped by a strong wind, curling the ball dangerously into our 6 yard box but these were dealt with by Tom our keeper and his defenders. However the Dragons were given a warning though as a 30 yard shot rattled our crossbar.

This warning was not heeded as a Wrecker midfielder scored shortly after from a curling shot which nestled into the top left hand side of our goal. The Dragons went on the offense to try and restore our two goal lead and created several chances with Magnus overlapping on the right from his right back position which opened up spaces for our midfield to get into the box but we were wasteful in front of goal and when the shots were on target their keeper was again there to stop them. But we saw out the remaining minutes to secure another victory.