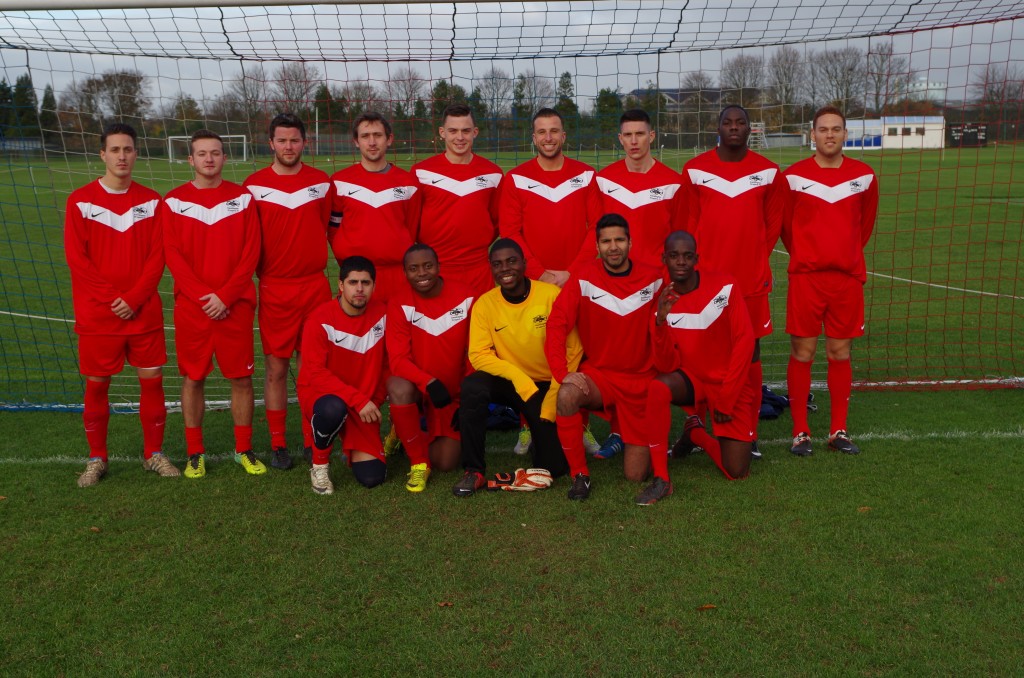 A disappointing defeat the previous week and the apparent glee tweeted by Sporting Hackney meant no additional motivation was required from the Manager in his pre match team talk. A strong squad took to another bobbly field at Osterley with the first 15minutes dominated by the home side, with high pressing and good interplay. Several chances came and went before Essex almost snatched an unlikely lead through an error of judgment from Ryan Moore in goal. Calling for a long Essex ball forward, the keeper outside his box tried to shepherd the ball out for a GK only to allow the Essex striker to sneak around and pull a square pass back across the box to his partner. With Moore scampering back into position he could do little about the first time shot from 8 yards which flew onto the post and straight back into the relieved keeper’s arms.

Fortunate but undeterred, Dragons pressed on and a knock down from striker George Mariner found Geoff Nalu Mosa who’s snap shot hit the woodwork, coming back for youth team graduate Billy Maxwell to slot home for what would prove the decisive goal on the day. The pressure was beginning to tell, a through ball from Nalu Mosa released Mariner who clean through was taken down for what should have been a penalty and possibly worse for the clumsy defender only for a assistant to be less than forthcoming and the distant referee ruling a free-kick on the edge of the box which came to nothing.  In truth the margin should have increased before half time with Mariner and Pav Bangoo going close with close range headers but a rare first half clean sheet was taken it at half time.

Dragons have been working on defensive shape and discipline in recent weeks and this proved timely as the second half turned into a tight scrappy affair. Dean Humphrey and Bangoo were matching the strong physical away side and Moore had little else to do for the remainder of the game. Essex came close in the dying moments with a snap shot from a corner clipping the top of the bar but it was Dragons that looked most comfortable and again should have scored when Maxwell was released with a sublime chip pass from Humphrey only to see the young winger take a heavy touch into the keeper when from 8 yards out he should have been more clinical.

A frustrated Essex finished the game with a high challenge on Bangoo which saw an exchange of words from both sets of players but all calmed down and shook hands ending what was a highly competitive game and another priceless 3 points with the chasing pack all getting maximum points in what looks like a championship that will go all the way.

“Don’t forget to keep up with Kensington Dragons as covered by Paul Warburton and the team in the Hammersmith and Fulham, Westminster and Kensington and Chelsea Chronicle, published every Friday!”