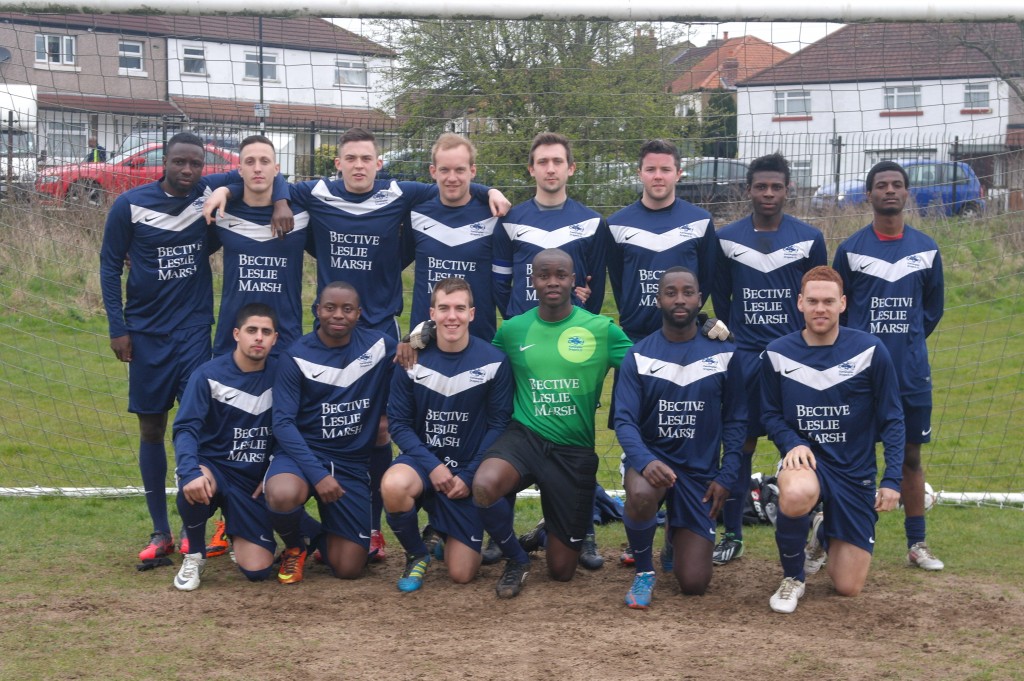 The two high scoring teams from the previous round met with high expectations of maintaining the momentum they have built up until now. On what has been suggested to be one of the biggest amateur pitches in the country, Dragons set out with a game plan. Like all good plans the opportunity to implement it is key so with a shaky start and an error from Joseph Muyanja in goal to concede in five minutes was far from ideal. The message at this point was to stay clam remember what we set out to do and try and make it work.

This is where the maturity of this side can be seen where everyone rallies one another to meet the high standards set and belief that they can do what they set out to achieve. So once they weathered the Hackney storm, Dragons started to play and find and use the high amount of space on the pitch. Chances created started to become more frequent and John Malone, Billy Maxwell and Geoff Nalu Moso could have all scored.

Whilst the fractious assistant referee was doing his best to rile players Dragons were able to keep their composure enough and a great driving run from Maddy Mkoloma down the left channel left players in his wake and delivered an unmissable cross for Bangoo to nod home on the stroke of half-time.

The re-group at half time seemed to favour Dragons more on this occasion and they started the second period much the better side with greater periods of possession and looking the more likely to score next. Though keeping Hackney to the odd counter attack Dragons lacked the cutting edge of the week before and chances to go ahead and kill the game came and went and the Hackney goal-keeper remained resilient when others were wilting in front of him.

So a half of near-misses and defensive solidarity meant the game finished in a stalemate and the feeling amongst the Dragons was one of disappointment in not closing the game. A positive indicator of how far the group has come in a short period of the season and where their expectations lie in regards to their ambitions this season, “….not happy to settle for anything but winning!”