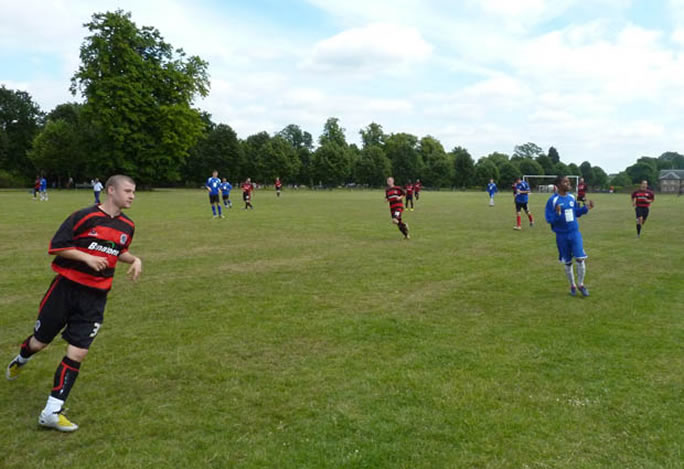 With other teams catching up on games the Dragons had moved from first to fourth place and were praying for teams to drop points whilst they collected the remaining nine points available. Imperial started brightly forcing the Dragons to get into their stride. Imperial contained the Dragons fluid passing and movement but the strain was starting to show. On fifteen minutes a great ball to the back post was controlled and slotted home nonchalantly for the first Dragons goal and then another came from a towering header across the goal. Dragons could smell blood now and the game was soon beyond doubt with a third Dragons goal. The second half was more disjointed with the Dragons claiming the lion-share of possession but only able to score two further goals. The disappointment came in the fourth minute of injury time when an Imperial free-kick denied the Dragons their fifth clean sheet. A sign of how this Dragonsteam has evolved over the season is that it is disappointing to concede a goal when five nil up. Six points to go and fingers crossed.