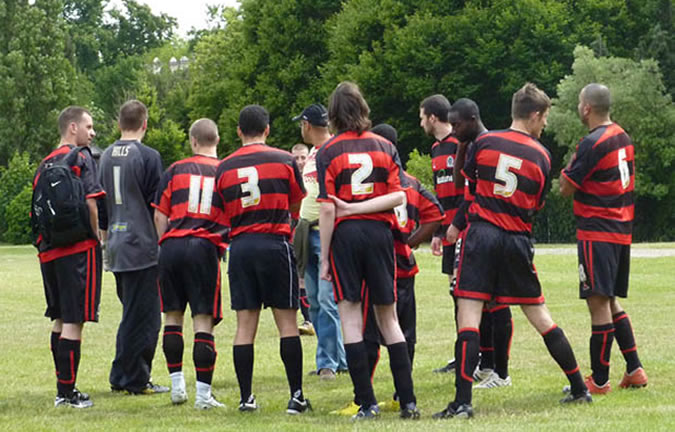 The Dragons knew they had to win this and the next game if they were to cling on to the hope of a third place finish. It was obvious from the outset that the stronger, fitter and technically betterDragons could win the game if they were patient. The opening 25 minutes were a frustrating affair with the Dragons having the lions share of possession but failing to capitalise. On 35 minutes the Saracens goalie miss kicked straight to the Dragons centre forward who gleefully rounded the keeper to slot home to leave the Dragons 1-0 up at half time. The second half was a repeat of the first with the Dragons camped in Imperial’s penalty area but missing chance after chance. Finally a Dragons penalty was awarded on 65 minutes to make it 2-0 and just like London buses another goal followed shortly after.