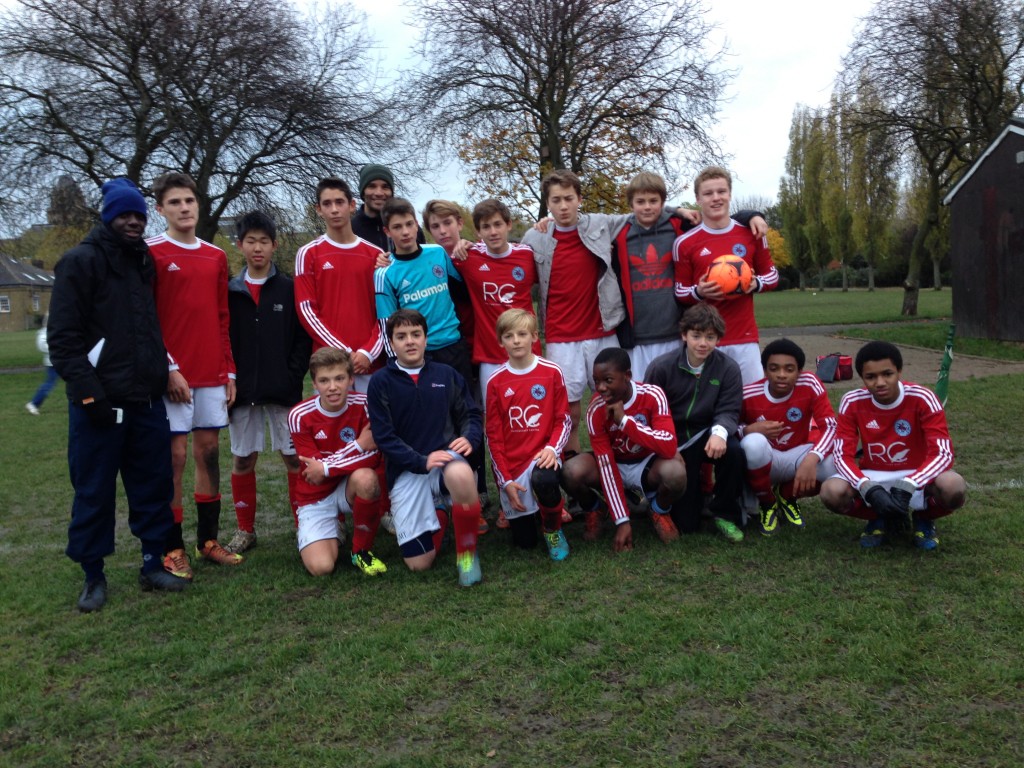 In today’s match vs the Rugby Portobello Trust, we have probably seen the best Dragons U15A team from the beginning of the season: well coordinated, generous in delivering, committed, attacking with confidence while blocking with determination the opponents’ strides in the defensive area. In short, the team was focussed on getting the business done.
We started by going down 0-1 and then equalizing a few minutes later, than down again 1-2 and equalizing again. By the first half the team was up 3-2 and crystallized the job at 4-2 with 10 minutes to go in the 2nd half. Conrad scored 2 goals, JP and Harry scored 1 each. The team had a few very close misses while Brett made a couple of very good saves. Curly, Zac, Taiga, and Nico held a very strong defense line.

No question to me about which team was in command. Amazing job. The Dragons now hold a very solid 4th position in the division and have the opportunity to aim higher if they wish to.