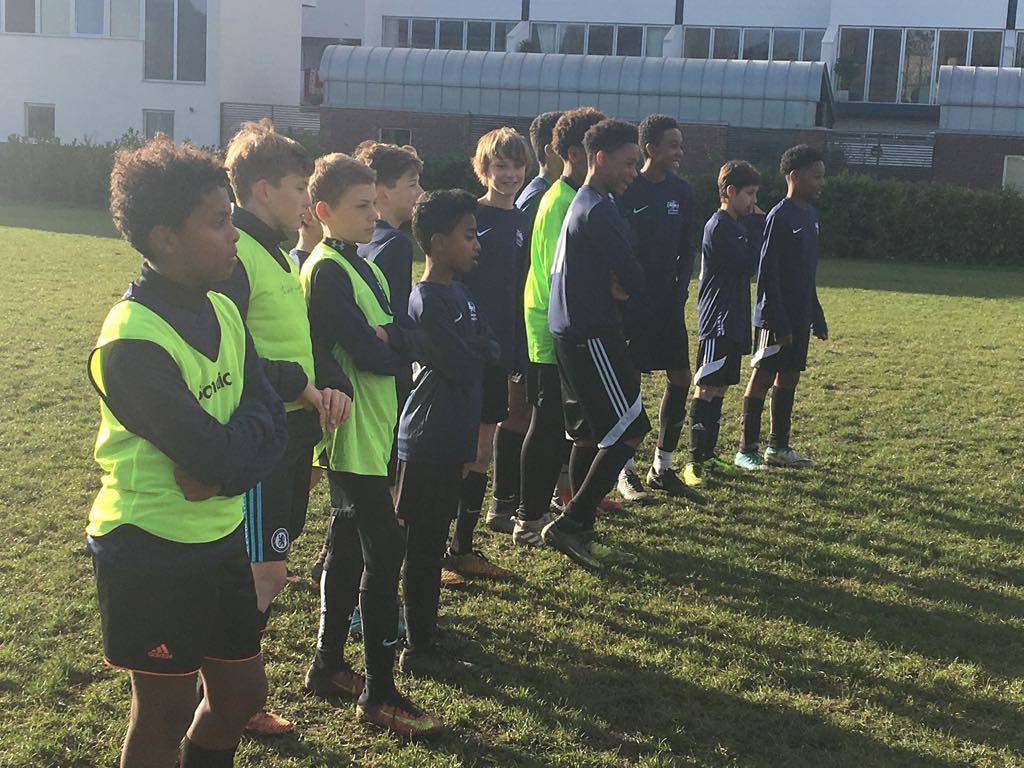 With Christmas just over the horizon:

The Firsts just lost 2-3 away to Tottenham Hale Rangers. The Dragons started well to capitalise on a Rangers’ mistake and score first before Rangers equalised. The Dragons then created waves of opportunities only for a fair tackle on a Rangers player be deemed a foul and a converted free kick awarded. The second half again saw the Dragons attacking before Rangers’ frustration lead to a converted Dragons penalty to make it 2-2. On the 88th minute the Dragons gave away a corner, happy to take a point, only for the Rangers winger to squeeze a converted cross in to win.

The Reserves beat Real Rangers 3-1 at home. The Dragons controlled the game from the beginning against a determined opposition to score 2 quick goals before Rangers pulled one back in the last kick of the 1st half. The 2nd half was even for the first 25 minutes until the Dragons greater fitness and organisation lead to a final goal 10 minutes from the end.

The U18s lost 0-4 away to Fusion in the Premiership. Despite missing 6 players through injury or Illness the Dragons put up a good display and for the most part played the better football. Unfortunately the Fusion keeper was on top form making great saves whilst his team capitalised on a couple of corners and also scored a couple of the good goals to win.

The U15As lost 1-2 away to old rivals Willesden Constantine with the Willesden manager refereeing – always an ominous sign. The Dragons conceded two early goals before fighting back with a wrongly disallowed goal and a shot that scraped over the bar. Willesden added another goal from a penalty spot before the Dragons got a late, but deserved, consolation through a fantastic header.

The U15Bs match was abandoned after Wealdstone reacted badly to the Dragons growing ascendency.

The U13s lost 2-4 at home to Premiership Ruislip Rangers in the Cup. The first half was evenly matched. After the break the Dragons scored a brilliant header from a corner before losing their goalkeeper after a nasty tackle, with the Referee failing to stop the match under pressure from Ruislip’s coaches. The Dragons clung on to victory despite a player being a red carded and with no recognised goalkeeper by scoring a magnificent 35 yard free kick to lead  2-1. Alas Ruislip then took advantage of the depleted Dragons to record a lucky win.

The U12s beat Bushey 1-0 at home in a tense match. At half time it was still 0-0 before the Dragons stepped up the tempo to score the deserved winner to the delight of the home fans and consternation of the stunned Bushey supporters.

The U11s lost 1-6 at home to Ickenham. The first half was really tight leaving the Dragons 1-2 down at the break. As the second half progressed the reduced Dragons squad tired leading to mistakes which Ickenham rather cruelly pounced on.

The Girls lost 1-3 away to Ruislip. The Dragons played well despite having key players away taking school banding tests.