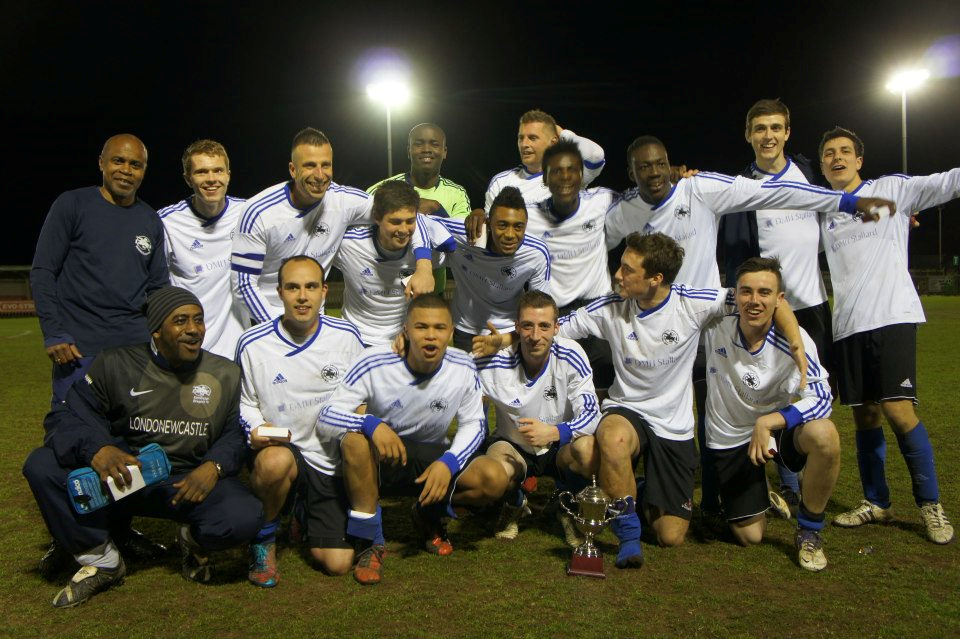 Saturday afternoon Dragons faced FC Fire Reserves in an away league game at Scrubs. The Dragons encountered a lot of trouble with getting a squad for the game with the usual last minute drop outs which meant they went into the game with just 11 players. After their first league defeat last week the players wanted to get back to a ‘winning way’. This approach could have been more difficult as they did not have a recognised goalkeeper for the game. However the great attitude of Matt Fitch helped us to resolve the problem as he offered himself to be in goal.

The attitude and the commitment of the team thereafter made this the easiest game this season for Dragons. In the coaches words ‘total one way traffic and absolute game control’. Dragons didn’t wait too long to open the score. Two great opportunist strikes from the Dragons centre forward El Habib Oumar inside 25 minutes calmed the nerves and made the team very confident. 40 minutes saw the 3rd Dragons goal, Abdullah Hussein’s free kick 40 yards out took the slightest touch off the head of Ben Ravenwood and saw the Dragons go into half time 3-0 up although the Dragons had few more chances to score.

In the second half a team showed that great ‘willing to win attitude’ and wanted to score more goals. Supporters didn’t have to wait too long as Habib scored another goal and completed his hat trick. That was not the end of the goal spree. A great run forward by full back Hassan Osman resulted in his brilliant volley flying into the net and gave the 5th score for Dragons this afternoon.

The Dragons were totally dominant and kept passing the ball despite the rough house tactic of their opponents who time and time again scythed the Dragons down with some bad challenges. However another 2 goals came via skipper Adam Finch and Ade Akeredolu.  The perfect performance for the Dragons was spoiled when the home team were assisted by the referee who failed to spot the linesman flag waving furiously as 4 home team players were offside positions (yes 4 players!) and they went on to grab a consolation goal.

That was an easy game for Dragons made so by the players attitude and performance which  was brilliant. All of them put maximum effort and took the game serious which made their coach very happy and proud of the team.